For centuries, Indigenous peoples have suffered under colonialization. The Truth & Reconciliation Commission report, however, delivered a potent jolt to Canadians. Pender Island and the southern Gulf Islands have listened and provide inspirational examples.

Pender initiatives focused on understanding Tsawout First Nation culture and building bridges with them (although the Tsawout no longer live on Pender but on the nearby Saanich Peninsula). 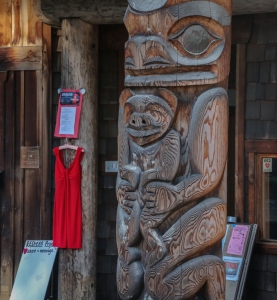 One presentation featured Bob Watts, former Truth and Reconciliation Commission Executive Director, then CEO of the Assembly of First Nations and a member of the Six Nations Nation. Watts later said, “the [Pender Island] circle is truly one of the most special experiences I have had. It reinforces my belief in the goodness of Canadians.”

An Aboriginal Cultural Festival was celebrated with a First Nations skill demonstration, history telling, a guided walk and a pot-luck feast with traditional entertainment. The South Pender Historical Society organized a First Nations history seminar series. At one meeting, the audience learned about reef-net fishing, banned by the federal government, and its importance to Salish First Nations. 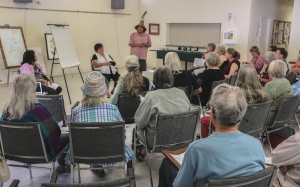 A traditional fire-pit was built at the school where annual roasts are attended by students from the Pender and Tsawout schools. Of particular note, a student leadership program with six students from each school was established.

A two-day First Nations celebration in 2017 included a workshop on the Tsawout language, an ethnobotany plant walk and the unveiling of a permanent 13 Moon Calendar, which describes the close relationship of the Coast Salish people’s lives with nature. The celebration culminated in a traditional salmon pit cook with an emotional Karios Blanket exercise, which moved many to tears. 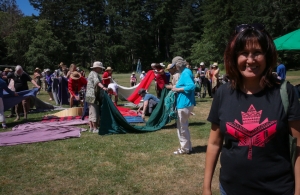 Galiano Island has been inhabited by the Penelakut First Nation for at least 3,000 years. In 2019, Penelakut knowledge holders presented a well attended workshop on how to process native black-tail deer into sausages and other meats.

At Saturna, a 13-Moon Calendar display, similar to the one on Pender, was installed, organized by the Elders to Elders group.