What better way to enjoy a libation than watching the setting sun transform the horizon into fiery mauves and oranges in the beautiful southern Gulf Islands. To prepare for the summer sundowner season, I tackled a tough mission: sampling all the craft wineries, cideries and breweries in the archipelago.

I started on Pender Is 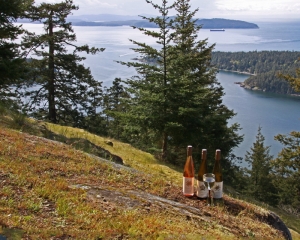 land at the Twin Islands Cidery sippping a Baldwin & the 3 Pippins 2018, which combines four heirloom American and English apple varieties. The server explained they harvest from over thirty heritage orchards on Pender, Saturna & Mayne Islands to make traditional cider and perry (from pears).

Farther up the road I entered Sea Star Estate Farm & Vineyards where an eclectic art show was in progress. Not only does Sea Star produce sought-after wines using local grapes, it has become the art centre of Pender with a busy slate of weekend shows. I gazed at abstract watercolours, listened to live fiddle music and savoured a crisp Ortega.

Beer is not made on Pender, however Hope Bay 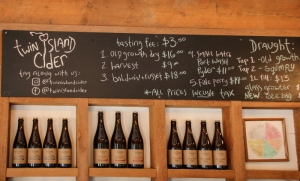 Hop Farm contributes to Hoyne Brewery in Victoria. The hops are picked in one day by a crowd of volunteers and ferried the same day to Hoyne, where they are immediately made into Wolf Vine Ale, hoppy, delicious and, of course, very fresh.

A short ferry ride carried me to the Mayne Island Brewing Co. It’s small — two 140-litre batches weekly — but the beer is tantalizingly good, every batch is unique and many of the ingredients are foraged locally. I sipped a Belle Chain Ale, admiring the craftsmanship. 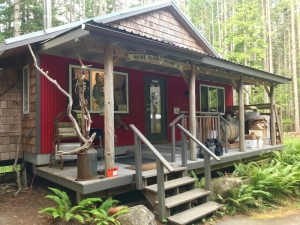 Later, I kayaked to Saturna Island and strolled among the 44 acres of vines at the former Saturna Vineyard, which stopped production in 2012. The winery has recently been purchased by the owner of Pender’s Sea Star Winery, and I was pleased the long rows of unkept vines would soon be revived. I can’t wait for the first vintage.

The Galiano Wine & Beer Tasting Festival, the only such event in the southern Gulf Islands, will take place on Saturday, August 10. Live music will play and many dozens of quality BC wines and ales will be available for sampling. I’m getting thirsty just thinking about it. 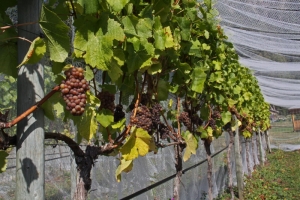 The five southern Gulf Islands are blessed not only with great natural beauty, but also with creative, lively Farmers Markets. I set out to explore them.

On Salt Spring Island, in Ganges at Centennial Park, I jostled in smiling throngs as I roamed among more than 150 booths. It was clear why Salt Spring Farmers Market is one of the best in Canada. It’s enormous and all goods must be “vendor produced.” Since the island abounds with funky artists and organic farmers, an incredible variety of goods was on display, many of which were highly artistic and ingenious in concept. I loved seeing fairy doors, decorative mushrooms made from recycled glass, all kinds of jewellery, pottery, artisan breads and cheeses, birdhouses from driftwood, freshly picked strawberries, spirits from a new craft distillery, sushi and much, much more. Buskers played music. A Tai Chi class exercised in the park. There was even a dog sitting service. It was heaven. 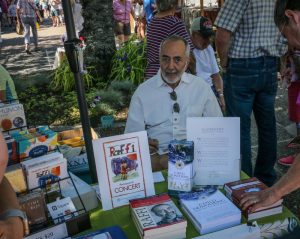 At Mayne Island I learned the market forges a bond between people and the food they eat. The market encourages and develops an awareness of local agriculture, arts and crafts, and sells locally produced goods. Wandering among the booths I quickly became hungry gazing at vegetables, fruit, eggs, meat, fresh flowers, jams/jellies, plants, lamb’s wool, goat’s milk and cheese. A vendor offering organic garlic explained there is always a changing pageant of seasonal offerings. A guitarist strummed in the background, and it seemed every vendor had a story or two to tell. I loved the great atmosphere and how it brought people together.

A short boat ride took me to the Galiano Saturday Market where I was greeted by the tones of a musician strumming on a stage. “Each Saturday is a different market,” said a vendor displaying attractive asparagus and plump strawberries. I enjoyed an enormous cinnamon bun and coffee. While an organizer explained, “We strive to make the market an event so people come and spend time here. We have a music program and even had a choir sing last year. We’ve also installed picnic tables so people can stay a while.” Suddenly a conga line snaked past us, led by a bachelorette party. What a great market!

Although Saturna Island has a very small population it still holds a regular Saturday market. The booths outside the General Store offered something for everyone: preserves, organic local produce, books, gifts, crafts, artwork, wondrous creations and more. And here too, people were smiling and enjoying the day.

Next Saturday at the Pender Island market about 50 vendors were busy setting up. Lineups formed at the most popular booths where fresh farm produce and baked goods quickly sold out. A white bichon licked my hand while its owner chatted amiably. Two girls played violins with an open case in front. I strolled to a booth and selected a meringue smothered in cream and fresh, seasonal berries. Yumm! Another great Saturday on the Gulf Islands. 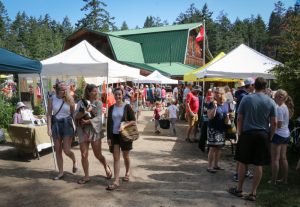 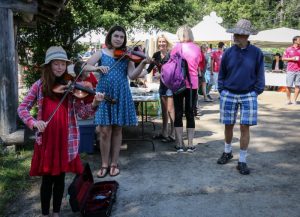